Update: I'll be back soon

Off to Jamaica where I'll be researching and going to Calabash literary festival and generally having good times while also working. I haven't had time to post but I did have time to do a brief video last night. Do not take it seriously!!

Posted by thinktank at 12:22 No comments: Links to this post

Postcard from Home: Until Morale Improves

Posted by thinktank at 23:58 No comments: Links to this post

Update: Polling Day... (or the day after, by the time I post this)

I've been silent for a while again, in the build up to delivering an hour presentation for university. Thankfully, it went well! I've also been conducting a series of 1-2 hour interviews for my research, and finding my focus change as I'm learning more about my subject(s).

Yesterday, I also voted and upgraded my phone and worked on my transcription skills... Phew! 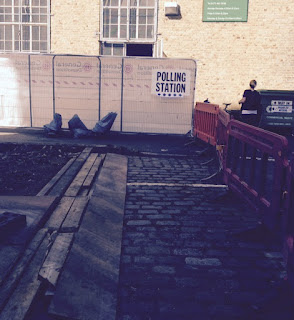 Meanwhile, I've been biting my tongue on all the latest stuff that's been going on in the last couple of weeks. Politics are getting nasty and it's all focusing on race and religion, two subjects I write about a lot.

So maybe I'll talk about Eurovision instead, the least political entertainment institution in the world, where Welsh*, Scottish, Palestinian, Basque, IS and several other flags are banned (but EU and rainbow flags are allowed, with conditions). The problem is, deciding what is political, and deciding to remain "neutral" at all costs is a strong political position in itself, so I can't really avoid politics.

A lot of people have written far more eloquently than I have about latest accusations of antisemitism, racism and Islamophobia coming from the two major political parties (I might link to some later). But the reason why these issues are rising to the fore has nothing to do with any new information or new events occurring. Jews, Muslims, black people, LGBT people, women, people with disabilities, older people, young people, working class people, or anyone who has fitted into one or any of these categories at any one point will know - to very different extents - what it is like to not be part of the dominant culture, even if you're not a "minority". All of those groups have complained about disadvantages in power for a long time. Entitled, ignorant journalists have played with subliminal messages since the advent of the print press. (I'm referring now - in particular - to the Conservative London Mayoral candidate writing an article about the "dangerous" associations of the favourite to win, Sadiq Khan, in an article which had an image of a blown-up bus at the top. This I will not link to).

It's interesting how the aforementioned Tory candidate then distanced himself from the presentation of the article, saying he did not choose the image. Anyway, this post isn't about politics... It's more about the avoidance of politics. Avoidance not evasion. Politics evasion is illegal. Politics avoidance is perfectly legal. In my head, I have escaped to the Cayman Islands. Cuckoo cuckoo. I CAN'T HEAR YOUR POLITICS FROM HERE!

Back briefly to race, if I may, and that's the issue I can see... so many people burying their heads in the Bahamian sand, pretending they don't see colour, the unaddressed consequences of colonialism, the need to constantly address and readdress and debate and compromise on what multiculti/inclusive/diversity/whatever means. It's not about rainbows and unicorns and everyone holding hands and singing kum-by-yah. Race/(ism) will continue to be a massive issue in this country until it is faced head on again. It's easy to denounce the nastiness of what Trump has said in the past (mostly about all the "bad Mexicans" coming over) but, being on a little island, we haven't had to really deal with being good neighbours with the rest of the world, even when it doesn't seem to be in our own interest. Instead, parliament is hung up over taking a mere 3,000 children out of 90,000 that have arrived to mainland Europe, where they do have to deal with it head on.

Anyway, rant over. I need to enjoy the sunshine before it goes.


(*One of the contestants representing Britain is Welsh) 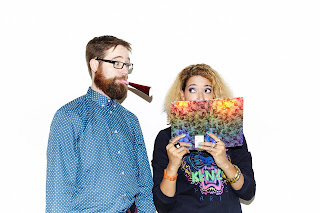 I'll be talking about bad dates... [eek!], sharing some embarrassing tales and basically drawing out your pity and laughter in a panel show that looks promising. Expect a lot of fun and moments where you might spit your drink out in shock! Follow this link for more.

Posted by thinktank at 16:47 No comments: Links to this post