I've given some small details about this project before but here's more!

I was commissioned to write a monologue script for the BBC in conjunction with Old Vic Theatre, with seven other writers. The whole project is to commemorate 50 years since the Wolfenden Report, which part-decriminalised sex between men in England and Wales. Even with mixed feelings about this law and everything attached to it, I was thrilled to be asked to write one of the stories.

Mark Gatiss has been curating and directing the project and I've had a blast being mentored for this project, as well as meeting all the other writers. I'd never written for TV before and had never written a script, either, so it was back to basics in many ways. Storytelling is storytelling though, innit?

That said, I find the monologue a tricky genre. It's a challenge getting a character to speak in one long torrent of words - without the interaction of any characters or significant changes in time - and still be believable AND compelling AND easy to follow. Better yet, by the end, the audience usually needs to feel the character has 'gone on a journey'. I had my head-banging moments; thankfully, they were short-lived and I'm happy with how it's gone (and ready to do another!).

My final script, Safest Spot in Town, is set in 1941, during the Blitz, and it's based on a true story. I enjoyed the whole process from researching the character and the slang right up to getting into his poetic voice. For now, I shall say little else. There'll be a chance to watch it in July/August, either at the Old Vic or on BBC Four.

The biggest part for me was turning up to the studios during filming, having been informed Kadiff Kirwan is starring in my script (I'd seen and loved his character in Chewing Gum). He's a legend! It's a big head trip knowing someone has memorised fifteen minutes of words you've written and arranged through several drafts, while a film crew has built a set which brings a physical reality to those words. There's a massive rush that comes after a whole day filled with take after take of the words you set down on the page coming to life, in bits and pieces. After spending the entire time trying not to burst into tears/laughter/overwhelm, I was exhausted. For some people, this experience is everyday!

Something else I've mentioned a few times, which I'm also super excited by...


I'll be able to reveal a publication date over the next few days, plus a flash of the cover and some of its contents. In the meanwhile, some pre-empting is due:

Q. SEE-luh... or seh-LAA?
A. I say the former but go with the latter if you want to sound fancy. That said, there's no consensus on how to pronounce it.

Q.Where does the title come from?
A. Well, it's a Hebrew word that features in the Psalms a lot. And Habbakuk, 3 times. (In the bible)

Q. So is the whole thing some kind of biblical allusion?
A. Not really... that's just the launch point. I have a couple poems in there that mesh the Psalms together with modern day concerns like migration and border detention... but there's a lot more to it than that.

Q. Ok, so what does Selah mean?
A. Erm. There's no straightforward answer. And that's why I picked that as the title. I like the ambiguity and the poetry that comes through interrogation rather than simply providing answers. Generally, though, people assume Selah means something like 'stop and consider', or as some kind of musical direction.

Q. Is this a full collection or a pamphlet? Are there any poems I've heard you perform in there?
A. Well, it's 32 poems so it depends whose asking... and yes, a couple. A few old(er) ones which I've reworked for the page, a few new that I'll be outing for the first time. All stuff that I'm proud of.

Q. Where and when can I get it?
A. Well, it's coming out with Burning Eye, so check their website. And I'll be updating you in the next few days, so keep checking back here.

It's Birkbeck Arts Week and I'm taking to the Harrison pub, just round the corner, at 7.30pm for Poetry Live!. There'll be readings from SoGul Sur, Julia Bell, Fran Lock, JJ Bola, Stephen Morrison-Burke... Come if you can! And check out the other events during the week!
Posted by thinktank at 18:13 No comments: Links to this post 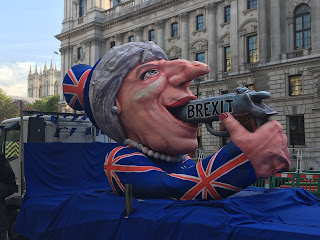 Posted by thinktank at 14:34 No comments: Links to this post