5 things for the Spring/Summer Season... in brief

I've been a busy bunny. 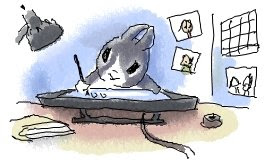 Sadly, a lot of what I'm doing now won't bear any fruit till a couple of months (or more) down the line. But here's some of what I'm working on, which you'll hear more of as summer arrives:

The Summer term has well and truly begun! Our next Spoken Word Showcase will be on 19th June (details on request) and then the project will be moving on to phase two, expanding into five more schools and taking on six more trainee educators.

Here are poems from two of my fellow educators, which I've enjoyed watching/listening to over the Easter break:

I've also put together my first pamphlet set of poems (sorry, I don't like that word). I've got stuff in the pipeline and should have a fuller, proper collection out at the beginning of 2014; during the space in between now and then, I thought I'd put some of my Spoken Word pieces out there, in an easy format.

I just had a proof come in the post this morning; I'm too scared to look it over... But you'll hear more about it next week.

It's official! From 18-24th August, my first solo show, Utter! Presents: Identity Mix-Up, will be on in Edinburgh. I've spent a few days talking with friends and building up ideas; I've had to re-write something that I planned for the beginning (the data was wiped from my old phone, so I've lost all the notes and poems I've written on the bus/tube over the last few months... technology, eh?); I've had to think about the show having a beginning, middle and end and why I described it in the listings as "tragi-comic" (what does that even mean?); we (that's me and three fellow fringe poets) have even started planning a "scratch" performance in May (details soon). All that's left is for me to finish writing the show!

Updates to follow in a separate blog, also starting next week. Also will be updating you on the other poets travelling to Endinburgh under the Utter! umberella (ella-ella-eh-eh-eh).

Just one or two gigs this month as I'm using the time I'm not performing to recharge, reconnect with friends/ fam and write some more. By the summer, I'll have more poetry out there, with another small self-pub'd collection, before the big one comes out early 2014.

I'm finding the novel hard to fit in; despite that, I've had some incredibly positive feedback from people who have read or heard extracts recently. I'm in this for the long-term so not going to rush things, but any advice more than welcome :) I'm not setting a deadline for this, but hoping to share parts of a final draft by August.

Apart from writing, teaching and twiddling my thumbs, I'm having more of a social-emotional life. Easter break's been good for nurturing that and I hope to see more of my friends over the next couple of months (that is, outside of poetry gigs and chance encounters.)

I'm also considering where to take this blog. Feedback would be helpful - should I share more poetry, more about the stuff I'm writing, more comments/rants or photos? Any thing else? Or should I take this to another format ie Tumblr or Wordpress? In any case, I'll be bearing that in mind.

Thatcher and other anomalies

Also on my mind is the Ironess; I've seen Thatcher's death reported with extra-tactful ambivalence, while a few sway more strongly one way or the other. But my favourite phrase at the moment has to be: "Whatever you feel about her..." (usually followed by, "she changed the shape of British society/the economy/blah blah blah". Or "she had a human side"). And I tend to agree with this article.

It's easy to talk about showing "respect for the dead" and it's easy to criticise people for a song choice, and to censor it; it's less easy to accept people's right to express strong feelings either way. I've always had reservations about calling anyone a "witch" or "wicked", or any other such epithet; I didn't know her personally and I'm usually polite. But I do know that the effect of her actions on individuals and the nation alike have been profound. And whilst I think that most of these effects were profoundly damaging, I also know it's the shape of my politics which make me feel the way I do. I know and respect (sometimes at a cost) people who think she's the best thing that happened to Britain, and the world. I would appreciate if this respect (for the living, and for those who live with the consequences of her actions) was a two-way thing.

On a lighter note, she did teach me something the first time I thought she died. I must have been six years old. Towards the end of the day, some of the dinner ladies at school were whispering to each other: "Thatcher's resigned". They seemed shocked in a way I'd only previously seen when someone at our school "passed away". So I assumed "resigned" was yet another euphemism for death, until a very patient teacher explained the word to me.

I hope I can learn something the second time around... perhaps by random acts of kindness or perhaps by learning to appreciate huge differences of opinion and take them on the chin.


Ok, I don't want to end here. There's so much more going on in the world. And the world can be a frightening place.

Instead, I'll mention that I'm off to see Concha Buika on Thursday. YES!

...coming up. Check back later this eve 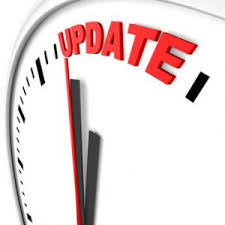 Posted by thinktank at 15:12 No comments:

Info below and more to come a little later!

This month's night of music, spoken and buses features two fabulous acts: the smooth and sultry spoken word sound of Keith Jarrett; and to complement him, the hotly-tipped indie songsmith, Soulmates Never Die.
It is all at Kahaila Cafe, the bring your own booze venue on BrickLane (top end, near the beigel shop), which also has some gigantic cakes on offer.
Entry is a fiver, with an extra pound for those bringing booze - which guarantees a cheap, quality night out.

Before You Leave/ Parting Words

Here's one I wrote a while ago which I meant to post up before... 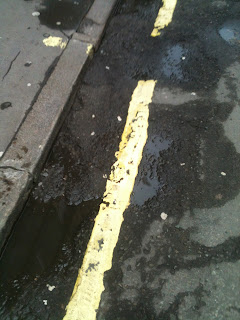 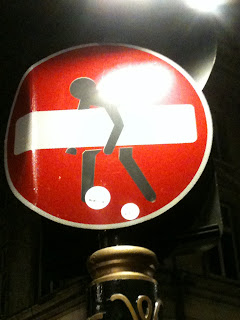 
Before you leave
Just remember to stand tall
For you are loved
Remember that others may follow your footprints
So walk good
And step true
As you wind your way through
To whatever destination you have in your mind
I hope you find that these parting words serve you well
Posted by thinktank at 13:20 No comments: