I'm seeing out November in style with a Polari special tomorrow at the Southbank Centre.

It's the 8th birthday special and also part of the Being A Man Festival at the Southbank. I'll be reading some appropriately manly things...

Come along!!
Posted by thinktank at 17:44 No comments: Links to this post

The Streetlife Residency at the London Metropolitan Archive is about to culminate in a festival of research-inspired art: poetry, comedy, performance, etc. Nick Field has been writer-in-residence over the space of a couple months, and will be releasing a collection of poetry based on his research there; fellow artists Jasmine Cooray, Hannah Silva and Ms. Samantha Mann will be performing - and me too!

I personally don't know what to expect, apart from my own poetry, which is responding to some of the local (i.e. Camden) images I found at the archive. Already knowing some of the other people involved, I have no doubt it'll be a great event.

Tickets are fast filling up. It's free. Come along!

Meanwhile, here's Nick with a video talking about an item from the archives:

(p.s. there may be a couple of workshop spaces left for the daytime. Visit the Eventbrite page for more.)

I've recently had a poem aired on Laurie Bolger's show on Roundhouse Radio.

Round @ Laurie's 8th November 2015 by Laurie Bolger on Mixcloud


and I said some words on this YouTube video below. Once again, more brilliant stuff from the Spoken Word Educators Programme

(Also, fellow educator Pete Bearder has just had this essay on the programme published in a journal) 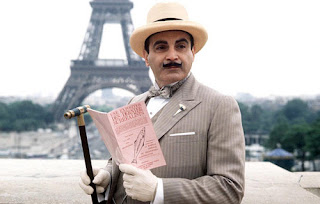 For those of you who don't know, Poirot is a fictional Belgian detective, invented by crime writer Agatha Christie. Although others have played him onscreen, David Suchet is the only true Poirot! I will fight anyone who disagrees.

Not many people will know (well,  you do now!) I went through a phase of almost religiously watching episode after episode. Working out who the killer(s) is and where the red herrings are - when the story is well-plotted - creates a huge payoff for the reader/viewer. Good drama is a good distraction; murder is entertaining.

When the last ever episode was aired, I resisted watching it. *Spoiler Alert* I know enough, from Wikipedia searches, that he dies in Agatha Christie's last Poirot book. I've gathered that he learns of a murder about to take place and, because of the particular circumstance/ time constraints, the only way he can prevent the murder is by killing the potential perpetrator. And this is where it gets tricky: by murdering someone - especially someone who is as of yet not guilty of murder himself - he has broken his own moral code and fundamental values. He suffers an angina attack and throws the vial of amyl nitrate, which would have saved him, out of reach; in doing so, he effectively kills himself. I know this much and I still haven't yet brought myself to watch it; partly because the detective can live on in my imagination longer if he's not dead, partly because watching the programme reminds me too much of relaxed times on the sofa with an ex-partner. I don't want to kill off the memory of that enjoyment. *End spoiler*

Of course, there are other uses for amyl nitrate, which makes it a controlled substance. Recently, the government have been tightening up on legal highs - in a move that I personally consider knee-jerk and unhelpful; I don't think simply banning things works...

And, of course, Poirot comes to mind now for very different reasons. See, I wonder what happens when we break our own moral codes in the pursuit of upholding them… I wonder what happens, for instance, when we tighten up privacy laws to protect the nebulous concept of 'freedom'... I wonder what happens when French troops declare a bombing campaign on the already much-bombed Syrian 'stronghold' (whatever stronghold means - language is of vital importance) in order to get revenge for / prevent future bombings in France… Perhaps it is a question of killing those who have killed, before they kill again; perhaps it is senseless fury... I mean, what happens next? I mean, what does that 'stronghold' look like, with all its presumably frightened citizens under siege, and its potential murderers holding strong? I wonder what it means to bomb more towns in Syria in retaliation, when most of the perpetrators of the Parisian attacks were either French or Belgian.

I've never been brave enough to declare myself a pacifist; I think there may be times when war is inevitable, if not justified. I hesitate at the word 'justify', partly due to the etymology of 'just'; there is nothing 'just' in taking the lives of innocent civilians, of creating terror, of perpetuating famine/disease/discord. Anyone who can dispassionately argue the case for creating just 'collateral damage' ought to consider that one day they may be somebody's 'collateral'. War is not justified, in my opinion, but it is sometimes inevitable.

My Voicemap tour is now live. Download it. (See previous post about Walking in Camden). Better still, use the button on my page to order one of my books, and the first 10 people to do so any time before the end of the month will receive a free download.

Follow my 'Coming Up' tab; I'll give it a thorough update over the weekend.

I'll be seeing the year out with 4 more gigs and a couple in January and February. From March onwards, I intend not perform for a while, bar the very rare gigs I agree to.

i) In Yer Ear is next Tuesday, with a pretty decent array of readers. Particularly looking forward to hearing Niall Griffiths.

ii) Polari is next Saturday as part of Southbank's Being a Man Festival (cos I'm a man, innit? Grrr!!!*).

iii) Polari on Tour is in Bedford on the 2nd December (that's the following Tuesday), and I'll be joining some gems for that.

iv) Genesis Slam Final is on the 3rd December. I'll be featuring while the others battle it out for the grand title. Mwah ha ha!

And then, next year, Outspoken is the big one in Manchester in February… More on that to come, but in the meanwhile, this teaser of a photo... What a line-up!

*P.s. happy Men's Day! Celebrate with a steak or something... Then go and learn how to check your whatsits for lumps, get some mental health support and consider how to be a better feminist/ ally to women... (sites like everdayfeminism, despite being a little preachy, are a good start).
Posted by thinktank at 17:41 No comments: Links to this post

Posted by thinktank at 00:30 No comments: Links to this post

CAMDEN EXPLORING and other news...

I may have talked a little before about the audio walking tour of Camden I created. No? Well, this is what happened. A while ago I was invited to have a look at what Voicemap does and to see if I could create my own unique tour.

Voicemap uses GPS technology to guide anyone who downloads a tour around a given area. The Love Camden website explains the premise in more detail, and suggest several different tours in the borough.

What I've done is to create and narrate an east-west route through some of my favourite local spots while putting a little history, local knowledge and poetry into the mix. I'm in the process of getting feedback from friends - in the meanwhile, I'll probably be able to provide anyone who orders a copy of my book in the next week - using the Paypal link on my page - a free download. So, if you're planning a trip to Camden and have a couple of hours to spare, come walk with me! 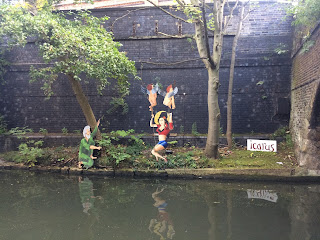 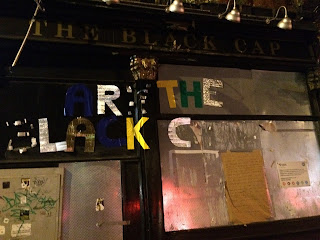 Other things I'm excited about...

1) I'm performing some new material at the London Metropolitan Archives on the 20th for the Streetlife London Finale event! Using my history card, I've been given access to some great archival material there (although, to be honest, I mostly used their website). I'm still working on my poem and looking forward to reading and hearing what my fellow poets/performers come up with. Please come and join us if you can. I'll be shouting more about this over the weekend.


2) I've just got even more books in the post... This beautifully wrapped number by Jay Bernard arrived from Singapore - based on a recommend - and the other two, Colin Barrett and Tiphanie Yanique's stories, were also recommended to me. I expect I'll have time to look at them over the festive break. 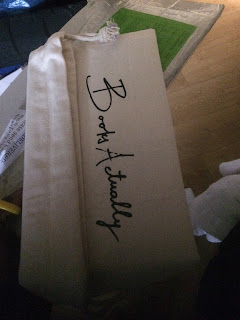 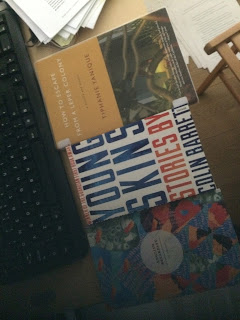 3) I'm making some headway with the novel and with my research. I'm also way behind on my reading, so I'll update you on this next week!

Posted by thinktank at 14:35 No comments: Links to this post