A postcard from home, part 1 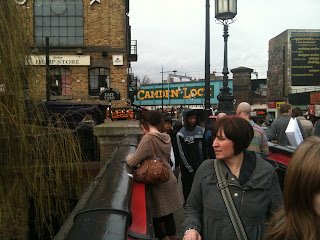 I do not wish you were here
So don't expect a mug
Or an "all I got was this stinking..." t-shirt
Or some novelty glasses

No charming bracelets
Or Union flags
Can wave away my sentiment

But because I'm too proud
To share these newly-widened pavements
These dark canal paths
And those Justin Bieber hoodies (ironic?)

Exponential has potential
Posted by thinktank at 14:33 No comments: Links to this post

So I've figured - me being the reluctant letter/card/email writer that I am - that now is about the time my Mother's Day card would have reached the States if my grandmother was still alive. Considering that in the US, Mother's Day was the 13th this year (I think), then by the time I sent a card or let my mum's complaints over the phone get to me - you know how it goes: that none of us, her children, ever write to Grandma, whereas all 15,000 of my other cousins do - it would have been about now or early next week that the card would arrive. So it's honest if I write something now rather than dead on time.

Sadly, she died last year and I was asked to write a poem about her for the funeral. I thought it would be hard, seeing as words often fail me at the most inappropriate moments - and I'm meant to be a writer! - but, after talking to other members of the family a couple of days before, I simply transcribed what they said and what we felt.

Underneath the schmaltz of the poem, there truly is something magnificient about someone who can stop strangers in the street, and either tell them off like children, or invite them to stay, or give them food and/or clothes. The kind of person who can command that sort of authority and respect is rare. And so, in response to all of those facts, I wrote this:

My Grandmother is like no other grandmother you’ll ever know
My grandmother sings hymns on her chair, with a plait in her hair
And she prays, and she gives, and she shares, and she cares
With a heart big enough to sustain dynasties

My grandmother dressed in smiles
She also loved to look smart, she was a woman of style
As well as substance
She used the scriptures for sustenance
And carried her own elegance
Until the end
She was a mother to many, and to even more a good friend

My grandmother is like no other grandmother you’ll ever know
An example of duality without hypocrisy
Renowned for her generosity and her obstinacy
Loved for being candid, always spoke her mind
Yet she was still loving, and considerate and kind

My grandmother is like no other person you know
Because she’s left behind a legacy so tangible
You can feel it in the lives of people gathered here
A legacy so potent you can smell it in the air
And you can hear it in the words and the stories others tell of her
From Kingston to London, Atlanta to Florida
A legacy so clear you can see it in the eyes
Of people she’s clothed and fed
A legacy that means she may now be gone
But will never be truly dead

Because my grandmother lives on in our memories
We celebrate her life
And though she will be sorely missed
We can all count ourselves blessed
To have met such an extraordinary person
Who is now, finally, at rest
Posted by thinktank at 14:19 No comments: Links to this post

/poetry - quieting down again on the gigs front, though Teabox at Richmond last Fri was particularly good - an intimate night. planning on going to a few gigs over the next couple of weeks and just listening. also, have a lot of first-drafts that I want to do something with. I kind of want to order my "non-performance" stuff and think about getting a pamphlet together.

/novel - slower than I could have foreseen; having extra time and using it wisely will help!

/shorts - another story published; a few more ideas and I'm also ready to resurrect my Anansi series. stuck on dialect choices though as a few of the stories use an Anglo-West Indian patois that I don't think I can sustain throughout, nor do I want to.

/life - reading a lot. looking for more part-time work. writing another essay - and now thinking of linking it with another essay to make a series. tired but mostly upbeat.
Posted by thinktank at 14:03 No comments: Links to this post

Hmm. Looks like things could take a nasty turn...

I cannot face the dark

There you are
Waiting behind my
Eyelids, man
Wielding your axe
And baring your soul/teeth/jewels

I give in.
Posted by thinktank at 04:29 No comments: Links to this post

So if you didn't already know, we've been off to the polls again, voting about whether we need to change our old voting system. So basically, we're voting on the vote.

I'm voting yes, not necessarily because I believe the Alternative Vote is the best system, but because it's probably a better system than our current one, and slightly nearer to Proportional Representation... And also because I know so many other people are voting no, not because they've thought about the issues but because they want to punish the Liberal Democrats... Anyway, none of it matters, does it? The result will still be no, regardless, and life goes on... regardless.

All of this reminds me of the first ever post I put up on this blog; and I don't think much has changed.
Posted by thinktank at 19:52 No comments: Links to this post