An update in 5 parts…

I've been particularly lax over the past month or so with posting, but it has been an incredibly rewarding time.  I've been doing a lot of writing/editing and found it incompatible with the very loong updates I would like to post here. Basically, I can't multi-task very well...

But so much has been happening lately, I think this calls for a list. I'm missing out loads, but here are just some of the highlights of the past few weeks...

1. Gigs with Podcasts - Out in South London/ Queer'Say and Stand Up Tragedies: Tragic History

Both events were great (despite having massively inflamed tonsils at the Out in South London gig). Rosie Wilby organised this gathering, with Sophia Blackwell and Joelle Taylor, both dynamic poets I enjoyed spending time with (and I'm reading both their books at the moment). In addition to a full set of poetry, we were interviewed live on radio. I can't remember what I said, but it's definitely worth listening to the other two! Unfortunately, you can't see Joelle's shoes on the podcast - shame if you weren't there!

I wrote a new poem for Tragic History, which needs some work, but I was glad to be able to perform it in front of a lovely crowd. I'd recently prepared a lesson for school based on Smiley Culture's Cockney Translation… after remembering the dodgy circumstances of his death, and simply Googling all of the other deaths in police custody - many of them insufficiently resolved, with no officers held to account - I found myself including a list of just a few names. May they never be forgotten, and may the truth come to light - and justice served. End. 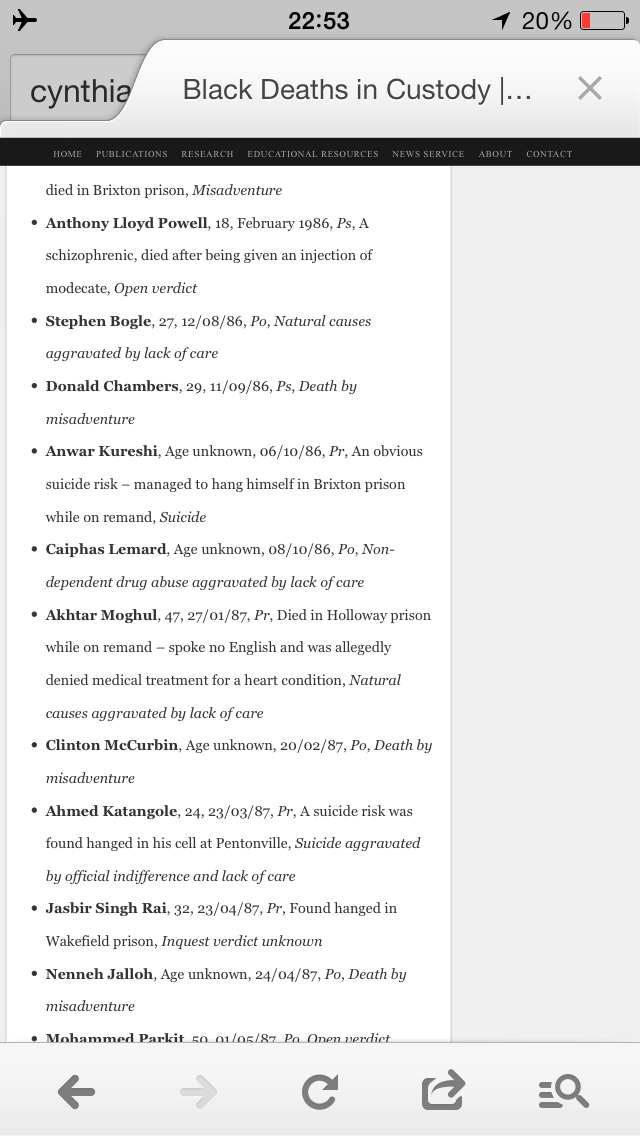 The Stand Up Tragedy events mix all forms of spoken word and music. I learnt about imperial injustice in Kenya, the foolishness of one man which led to mass lead poisoning, and Japanese nuclear damage, while also being entertained and enjoying the companionship of a friendly crowd and (not enough) kazoos.

Both have follow-up events, and I'm looking forward to seeing more Stand Up Tragedy events when I can. I'll post a link to the podcasts later.

There's so much I can only talk about in small details. Right now, I'm preparing for 20 of my poems to be published at the end of the year as part of Eyewear Publishing's 20/20 series. And just when I think my poetry-writing's getting better, I'm learning that I need to up my game. One day, I'll get there!

I'm also working on an album with musicians (cue the drums, keys… and possibly the accordion). This has been an ongoing project which halted due to other commitments, but service has resumed again, and you'll hear more by the autumn.

I've also submitted work for anthologies and magazines - when they come out, I'll post more!

3. When I'm not been gigging or writing 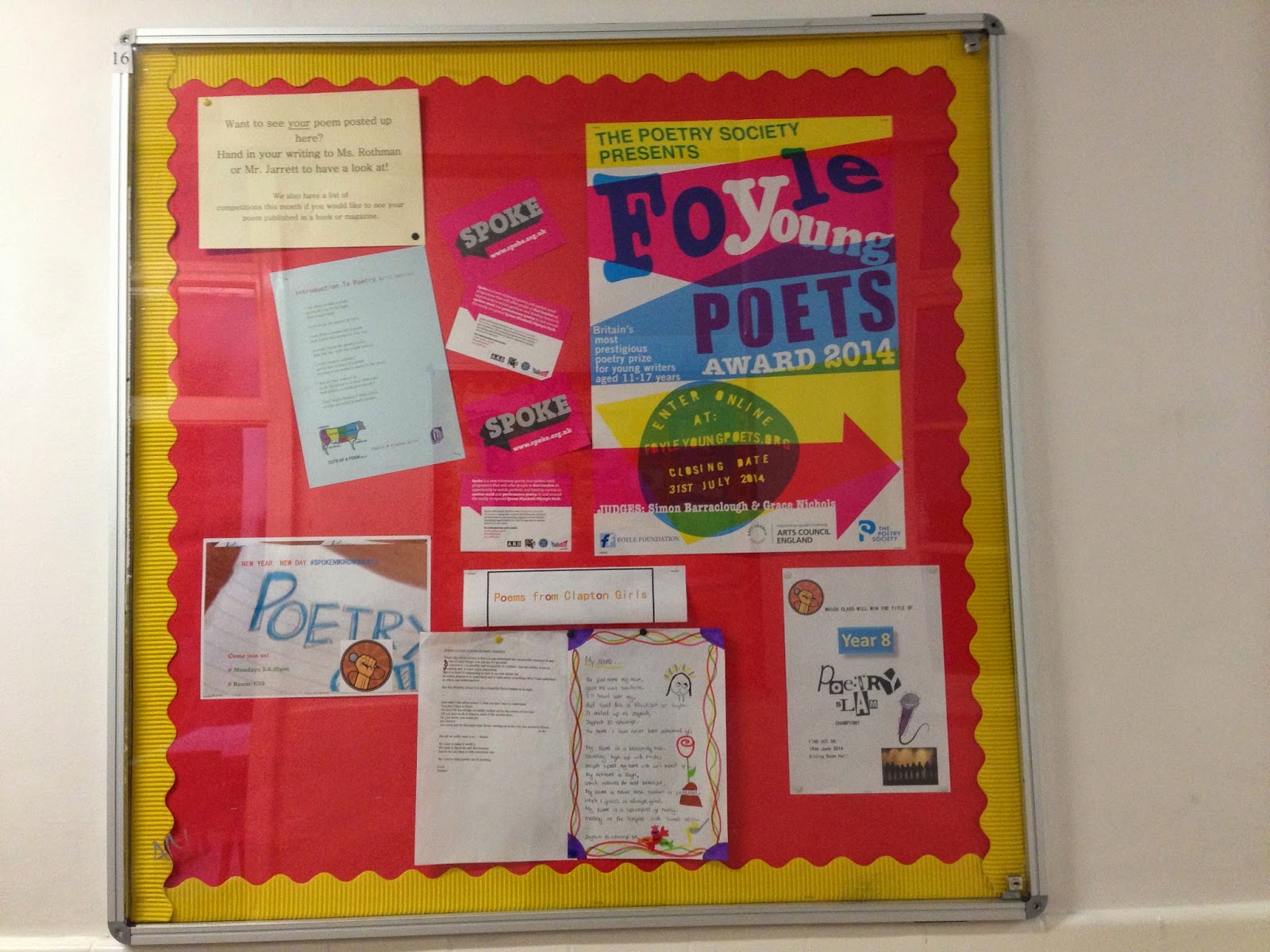 I've been able to see a future generation of poets develop their writing at school. I've been able to see the fringes of Hackney gentrify further, at furious speed - with the addition of knitting shops, coffee lounges and fancy clothes stores opening every week. I've been able to see the summer term approaching the final strait, and some of my students will be taking part in inter-school slams, submitting work to competitions and writing, unprompted, at home. It's amazing seeing the confidence of some pupils grow, when I compare them to how they were back in September. The past few weeks have been crazily busy preparing pupils for end-of-term events. Am looking forward to seeing them all do well! 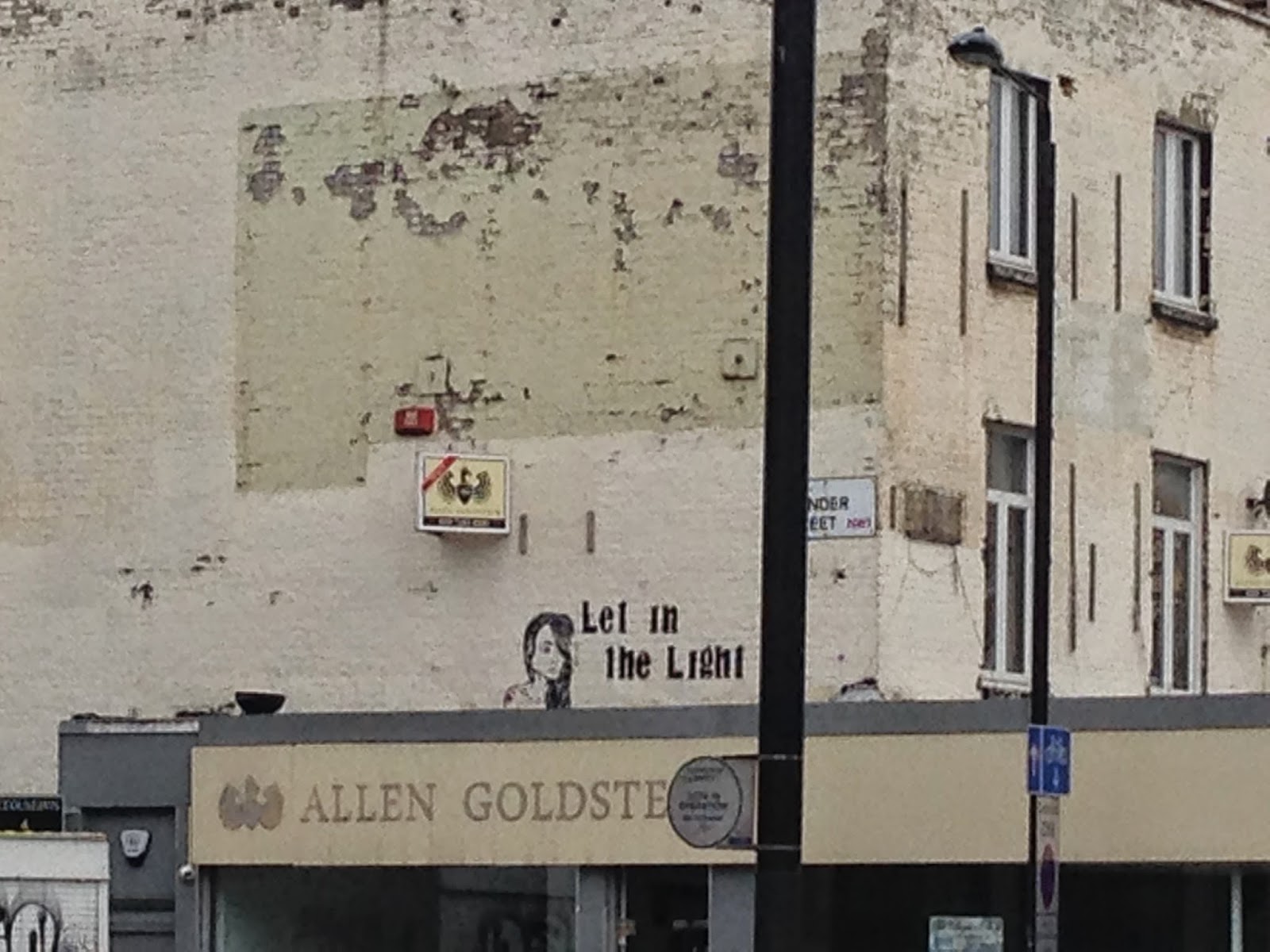 I've managed to have more of a social life than I did previously. Aside from walking around Camden/Primrose Hill and snapping random signs/graffiti over the weekends, I've also seen a few films. Among them, Fruitvale Station, which really affected me, especially after researching about police deaths for the Tragic History event; recurring themes always crop up… It probably won't ever feature on the US Tourism board's website(!) but glad to have seen it.

Spent three days here before going down to D.C. for Capturing Fire. 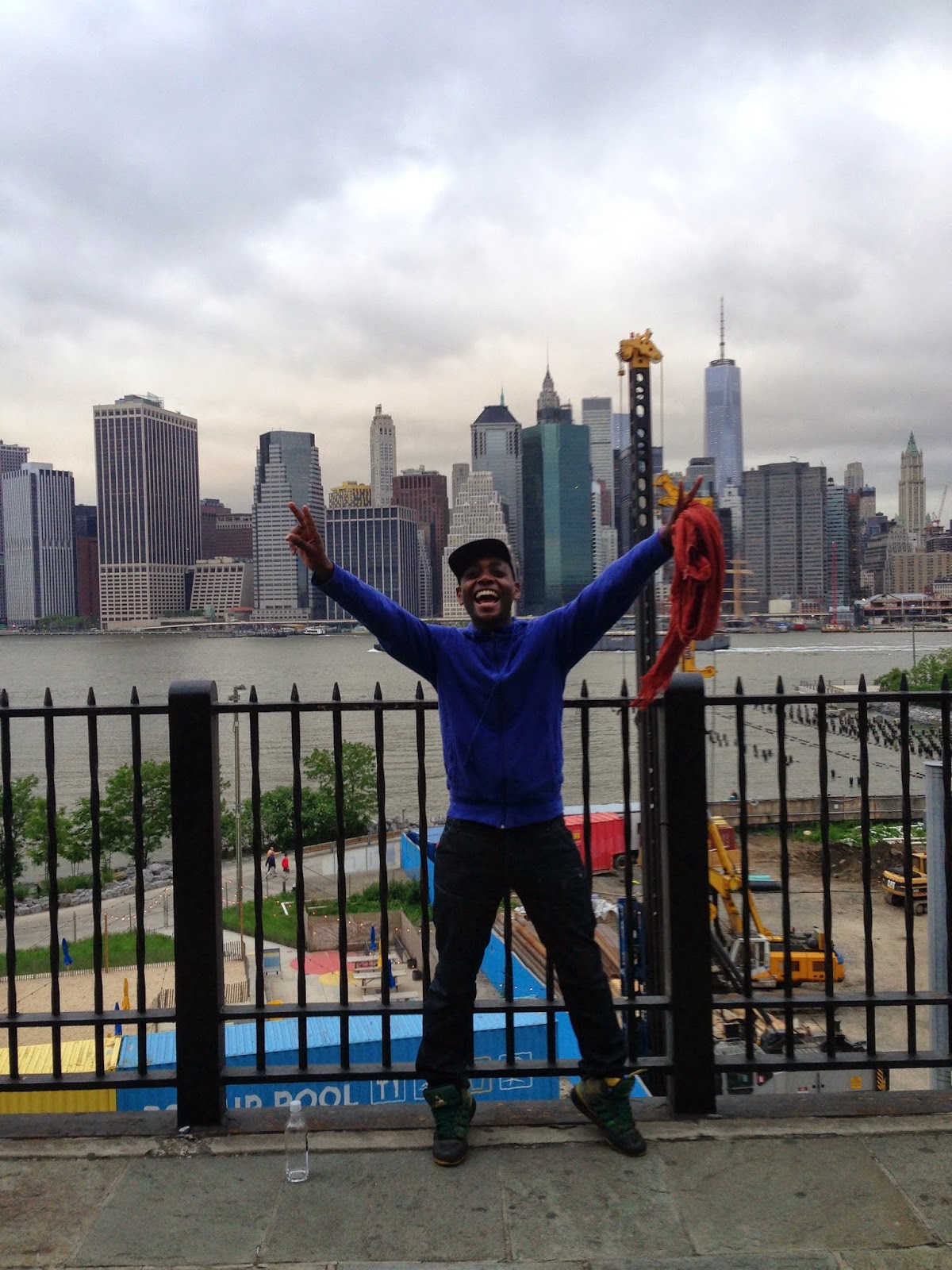 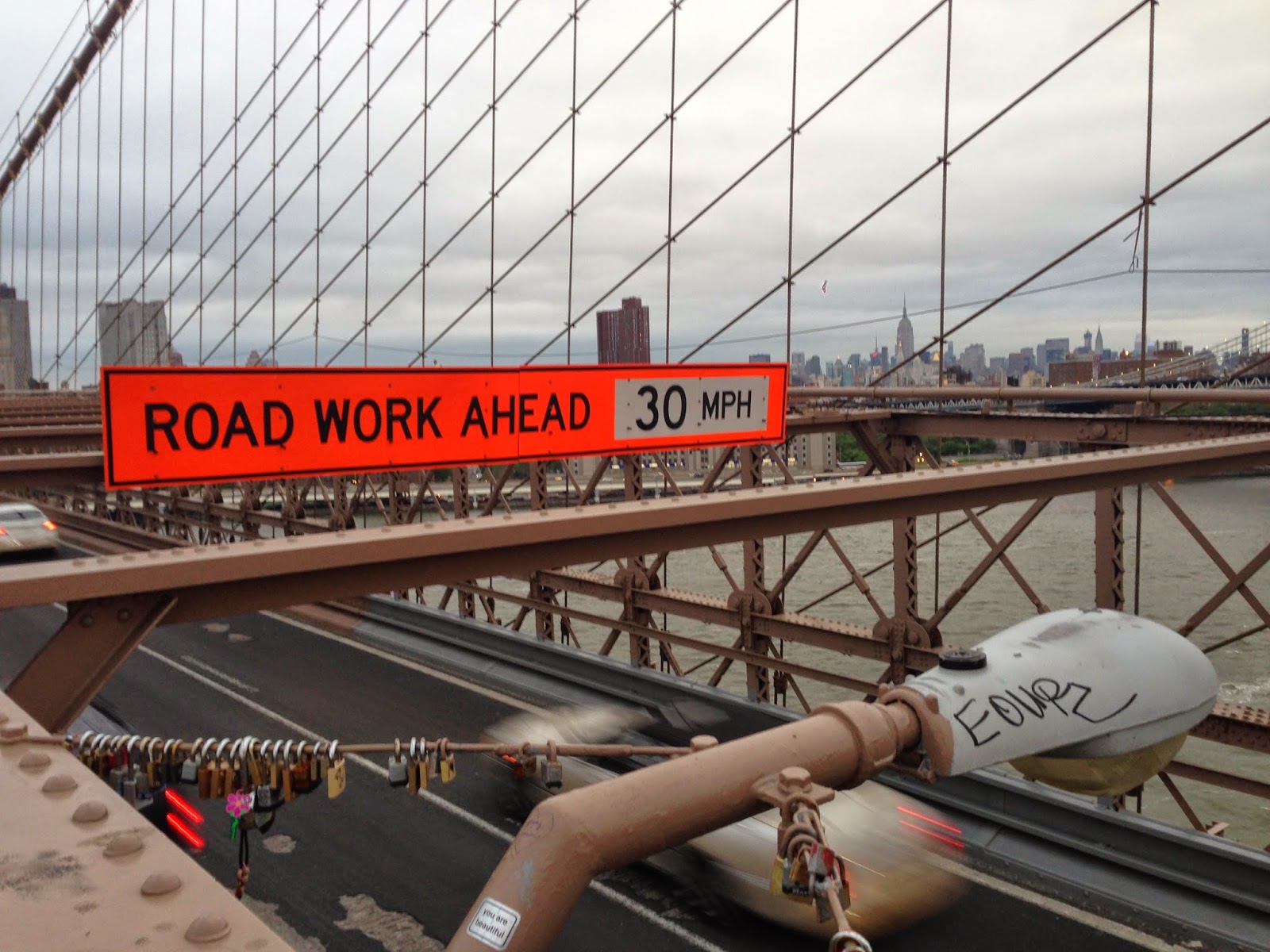 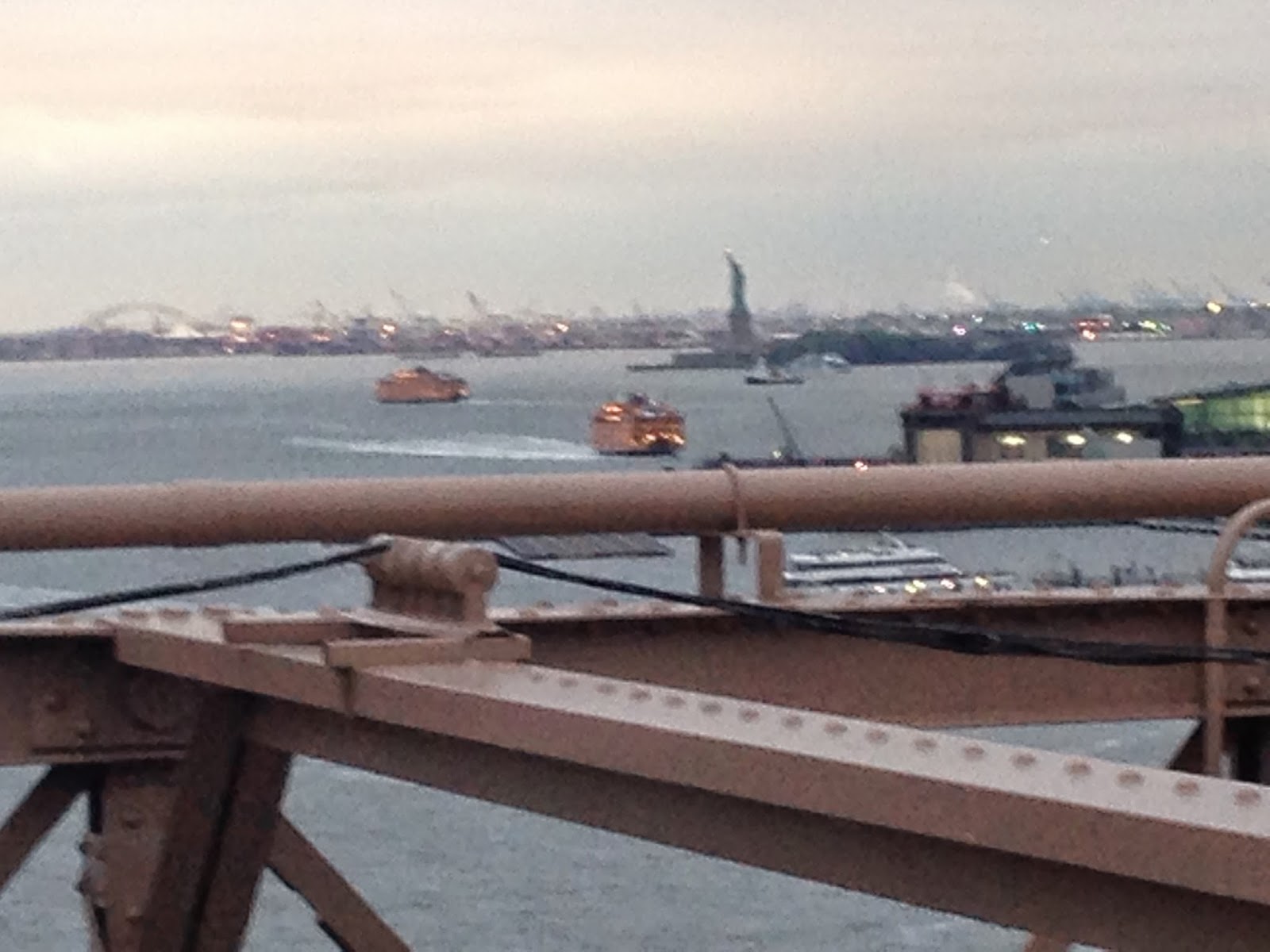 Fairly emotional crossing Brooklyn Bridge, something I last did aged fifteen. I ended up reciting loads of 90s hip-hop, quoting places on the map where some of my favourite rappers used to rep. I did used to think New York was the centre of the world; I'd listen to Mos Def rap about Brooklyn as a teenager - or even Foxy Brown… or whoever - and I didn't realise how much I'd clung to these places as the centre of my teenage world, until I got very excitable up in Brooklyn Heights… I reverted!

Wonderful to see Regie Cabico, pre-Capturing Fire, who happened to be featuring at the Bowery Club's slam; amazing riding off the energy of Cat Brogan, who was also visiting New York over the half-term. I won the Bowery Slam, which left me on a high for the duration of the trip. And then I was in the final five at the Nuyorican Slam two days later on Wednesday! After both events, grabbing a bite to eat with other poets and hanging out reminded me of why I do this. The poetry scene is about camaraderie, sharing ideas, words and then a pizza and a beer, having a laugh, and then returning to the big bad world the next day, full of fuel.

This has been the highlight of my year so far and deserves another post.

D.C. was amazing, meeting all the other slammers was amazing, running a workshop with Sophia Walker was amazing, taking part in the preliminary slam - and qualifying with 29/30 was amazing. Making new friends, priceless. Unfortunately, I had to fly back to London in time for school the next day so missed the final. But maybe if I had stayed, I would have burst from all the excitement. Seriously! 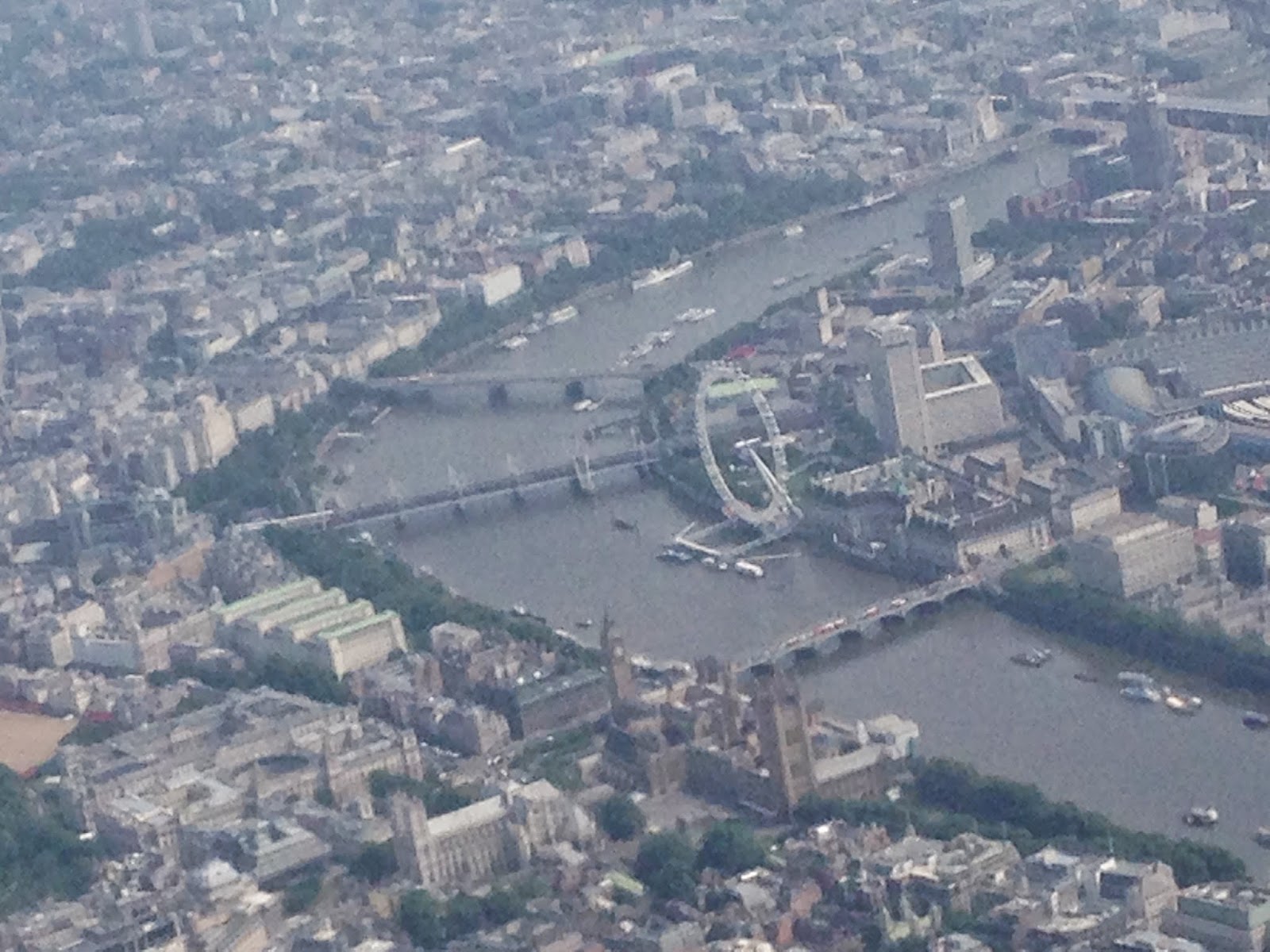